Citizen of the World

Hannah Foster ’19 has spent much of her young adult life abroad, and now the international studies and anthropology major plans to return to China for graduate studies. 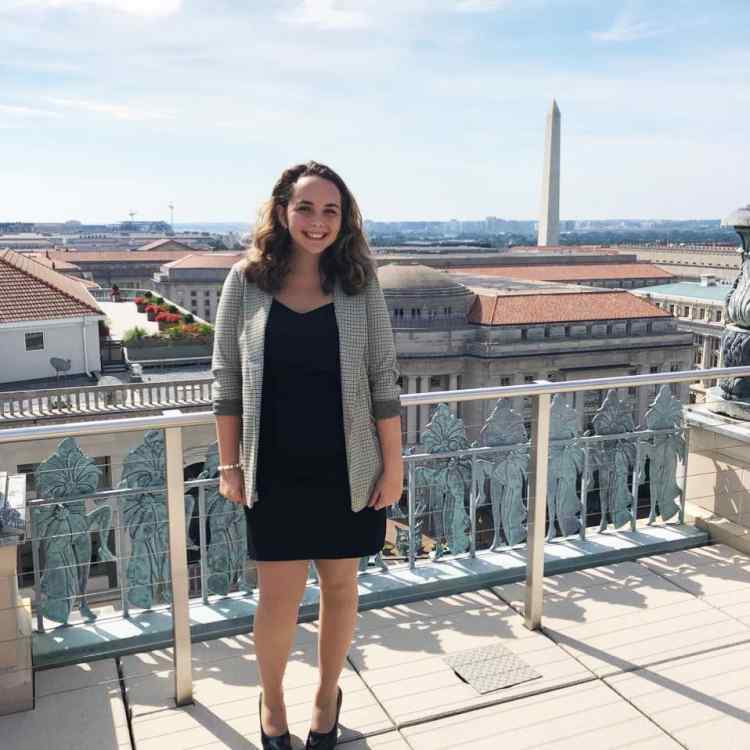 Imagine leaving your comfort zone at age 16 and choosing to immerse yourself in a place and a culture so completely different from Putnam County, New York, that you have to start by learning Malay just to be able speak to your family.

As a high school student, “instead of stressing over AP courses,” Hannah Foster ’19 chose to pursue an education that would take her to new places. She applied for a scholarship from the U.S. Department of State to participate in a program created to foster friendships between American youth and those from Muslim countries.

“So I went to Malaysia, lived with a host family, and had a really incredible time there,” says Foster. “It changed the whole trajectory of my life.”

At Washington College, as an international studies and anthropology major, Foster embraces everything about travel. She recently returned from three semesters abroad, having spent the first two in the Netherlands and the third in China.  Her original plan was to spend the second semester in South Africa, but her plans were waylaid by trouble acquiring a visa. Instead, she studied in Leiden for the first semester and at The Hague for the second. During her time in the Netherlands she took courses in Dutch studies, Culture and Society of the Netherlands, and the humanities.

“In The Hague I found my own apartment, had Dutch flat-mates, and I liked the experience a lot,” she says. “I had an anthropology-heavy program, mostly archaeology. Most of the courses were taught in English even though most of the students were Dutch, and our papers could be submitted in either English or Dutch, which I found kind of interesting.”

From there, she was off to Beijing, China, as the first Washington College student to participate in a program through the China Studies Institute. She took coursework in Chinese studies, Mandarin language, and Chinese economics, while also completing an internship at the China Global Philanthropy Institute. Founded by five Chinese and U.S. philanthropists including Bill Gates and Ray Dalio, the institute is intended to help the new high net worth individuals in China create a philanthropic economy.

“There’s not a culture of charity yet in China,” Foster says, “so many of the participants wanted to found their own non-profits but they really didn’t know how.”

Her experiences have helped her focus on career possibilities related to her passion for diversity, cultures, and languages. She already has a job offer from a young entrepreneur in Malaysia who wants to set up a chain of hostels throughout Southeast Asia, but she is also applying to a graduate program at Peking University in China, where she studied last year. She is considering international education “not as a teacher, but helping future students study abroad, or in recruitment at a university for international students.”