Washington College is one of the nation’s best institutions for undergraduate education, according to The Princeton Review. The education services company features the school in the new 2021 edition of its college guide, "The Best 386 Colleges." 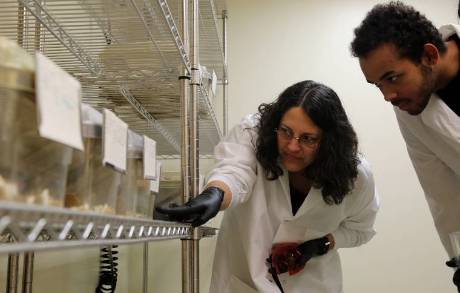 Once again, one of the most respected college guides has recognized Washington College as a top choice among liberal arts and sciences institutions in the nation.

In addition to its place among Princeton Review's 386 "Best Colleges," the 200 “Best Value” colleges for 2021, and its reputation as one of the best colleges in the northeastern United States, Washington College is included on its list of “Great Schools for Psychology Majors.”

“At Washington College, students can study broad-based experimental psychology or further personalize their coursework by concentrating in behavioral neuroscience or clinical/counseling,” notes Lauren Littlefield, a clinical neuropsychologist who chairs the Department of Psychology. “Marked by close working relationships that professors form with students and a master’s-level model of active learning, the program has global appeal. Practical lab experiences, internship placements, and class discussion are the norm. In fact, group work often culminates in conference presentations, with a three-year average revealing that 62% of psychology majors become co-authors on peer-reviewed research projects by the time that they graduate.”

Only about 15% of America’s 2,500 four-year colleges and two colleges outside the U.S. are profiled in the book, which is one of The Princeton Review's most popular guides. Published annually since 1992, it has detailed profiles of the colleges with rating scores in eight categories.  All of the ranking lists are based on The Princeton Review's surveys of students attending the colleges.