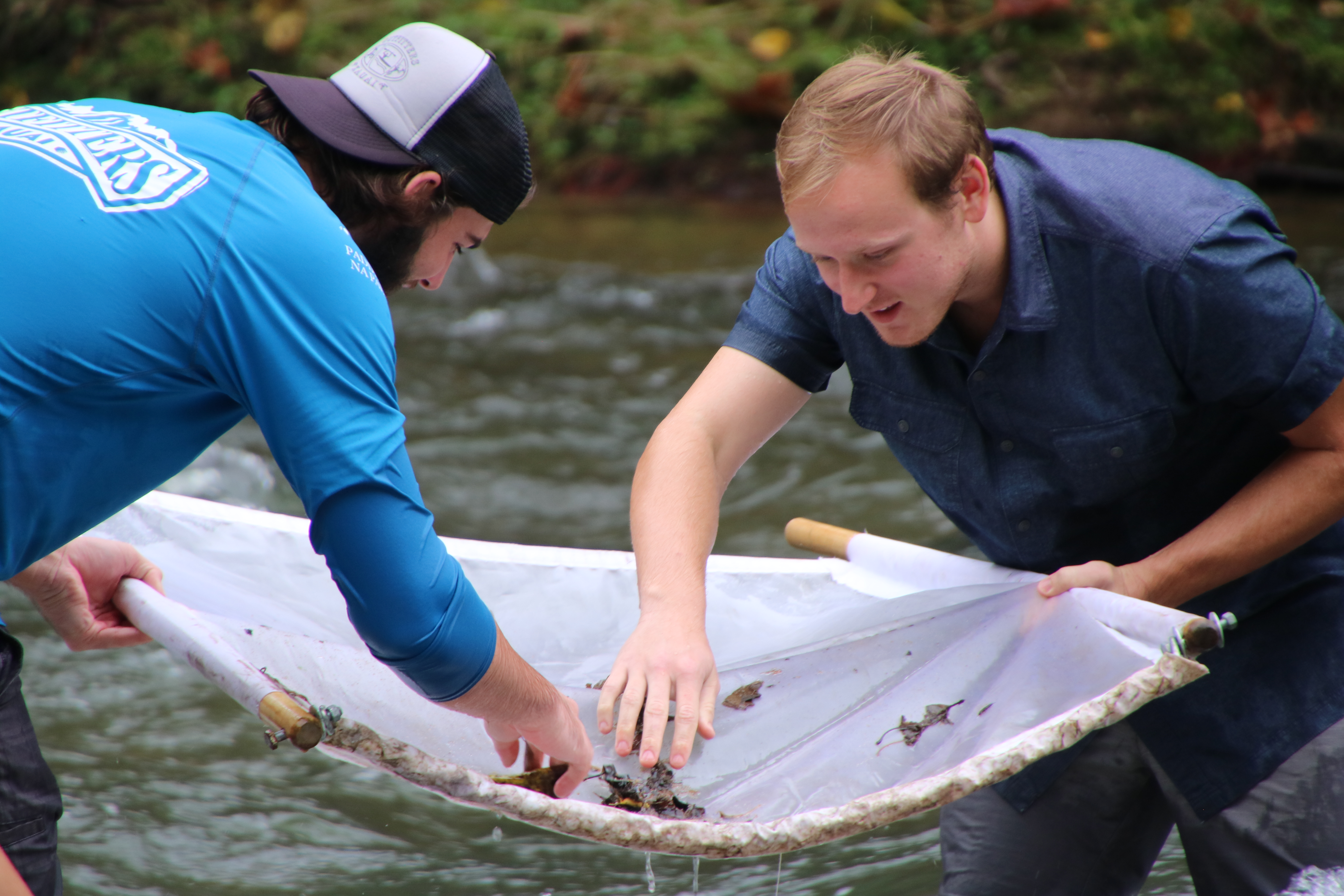 Jimmy Looper has lived in Maryland his whole life, spent weekends fishing, crabbing, and having fun on the water, and he thought he knew the Chesapeake Bay. That’s before he spent four months fully immersed in it as part of the Chesapeake Semester.

"I have new reasons to be enchanted by this region and I think the Chesapeake Semester is responsible for that in large part," says Jimmy, a double major in environmental studies and anthropology who is graduating a semester early. "The thing that I took the most from is was wow, I am so lucky to be living where I do. The Chesapeake really is such a special place."

He attended the Chesapeake Semester in the fall of 2018 and it was a major factor in his decision to attend Washington College.

"What's unique about it is that the challenges facing the Bay are interdisciplinary, and it's a watershed problem, which means that it's not a state problem. The watershed doesn't follow the same political boundaries as the states do," he says. "So in order to make a lasting change from a policy side takes the cooperation of six states, and that's an interesting metaphor for the challenges that face the Bay and environmental problems as a whole. It's not just a problem of science, it's a problem of perception and public involvement and public opinion. There's just many layers to it."

One of the things he liked about Chesapeake Semester was the smallness of the group; of the seven other people he spent the semester with, traveling all around the watershed and ultimately to Belize and Guatemala, they remain among his closest friends from college. He also liked its structure, which he feels helped prepare him for what comes after college.

"Chesapeake Semester was very free form. There was a schedule but it was not the end-all-be-all. I thrive in that environment of not necessarily knowing what's next. So I'd like to think I have my hands in a few different pots for after school, but the reality is that I am sort of excited to take whatever comes. I think now, especially after Chesapeake Semester, I want to stay in the Bay as a career and hopefully do something meaningful and hopefully making lasting change."

Over the summer before his final Semester, Jimmy earned a 10-week NOAA internship at the Northwest Fisheries Science Center in Seattle working on a study that's over 20 years old monitoring the salmon population in the Cedar River. The internship including doing benthoinvertebrate macro surveys with drift nets and even snorkeling in the river, wearing a drysuit.

"I got to know my mentor there pretty well, and he has connections with the fishery science school at the University of Washington, so that's a connection that wasn't there before ," says Jimmy, who wants to pursue graduate school eventually.