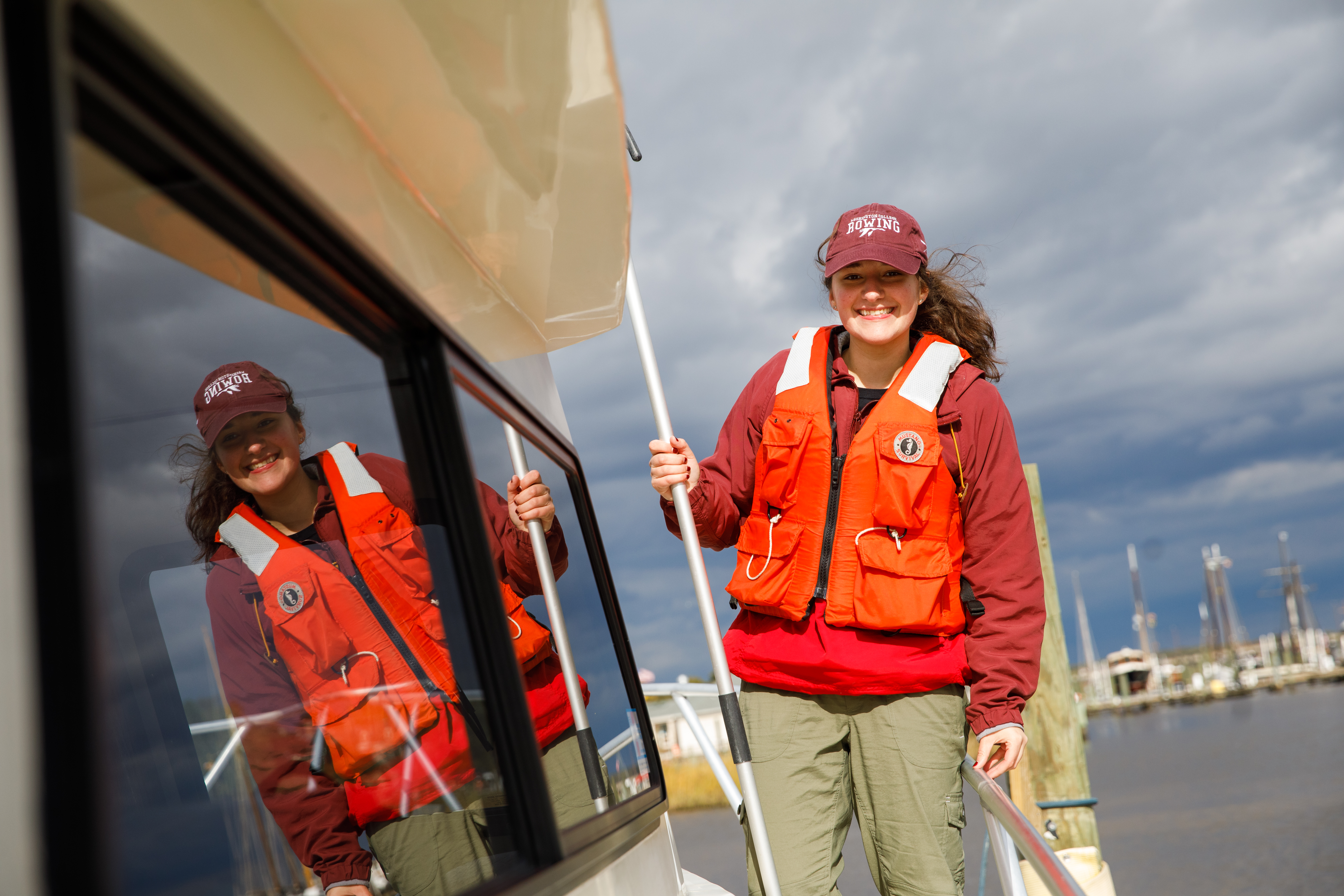 Larisa Prezioso ’19 easily remembers the first time she started to notice that plastics were a problem.

“I was in elementary school and we had a class assembly on waste products from the fishing industry—waste nets and lines that were being cast overboard once they weren’t functional anymore,” she says. “They would show us pictures of dolphins entangled in the nets. That really impacted me as a kid.”

As she deepened her interests in marine biology through classes at Washington College, that childhood memory developed into a growing awareness about the looming threat plastics pose to the marine environment—an awareness heightened by a 2015 report that predicted that by 2050 the ocean would have more plastic than fish.

Larisa’s curiosity was piqued to explore how we as a society have become so dependent on plastics that are used so fleetingly but then last forever.

“The giant trash gyre in the Pacific was really the nail in the coffin,” Larisa says. “I had this strong feeling that I’ve got to know why it’s there.”

Larisa started taking classes in marine conservation, biology, and toxicology, where plastics and its impact on environmental health were a constant and recurring theme. As her knowledge and research deepened, Larisa saw a Cater Society fellowship as the perfect opportunity to develop a project around the environmental impacts of plastic waste. She signed up for the three-week environmental studies summer course in Ecuador, led by Assistant Professor of Environmental Science and Studies Rebecca Fox, and proposed an independent research project to study a generation of plastic use on the mainland of Ecuador and its impact on the nearby Galapagos Islands.

Her findings surprised her.

“I was kind of naïve going into it, thinking it would be so black and white—that if coastal communities reduced their waste, the Galapagos would be less impacted,” Larisa says. “But I learned that being able to refuse plastic to benefit the environment comes as a privilege. The places I visited in Ecuador that had absurd amounts of trash also were communities where the focus wasn’t on how food was packaged, but how to get access to food in the first place.”

For the first time, Larisa’s eyes were opened to the societal, economic, and cultural backstory of global plastic use that goes far beyond the “don’t litter” mantra. Since returning from her fellowship in Ecuador and the Galapagos, Prezioso has continued to explore the negative impacts from plastic waste and research ways they can be reduced. Her senior thesis, focusing on ecotoxicology, explores how additives used to synthesize plastics like BPAs, phalates, and PCBs create environmentally poisonous chemicals—and how naturally-derived alternatives from corn or other organic substances might be developed to replace those chemicals in the future. 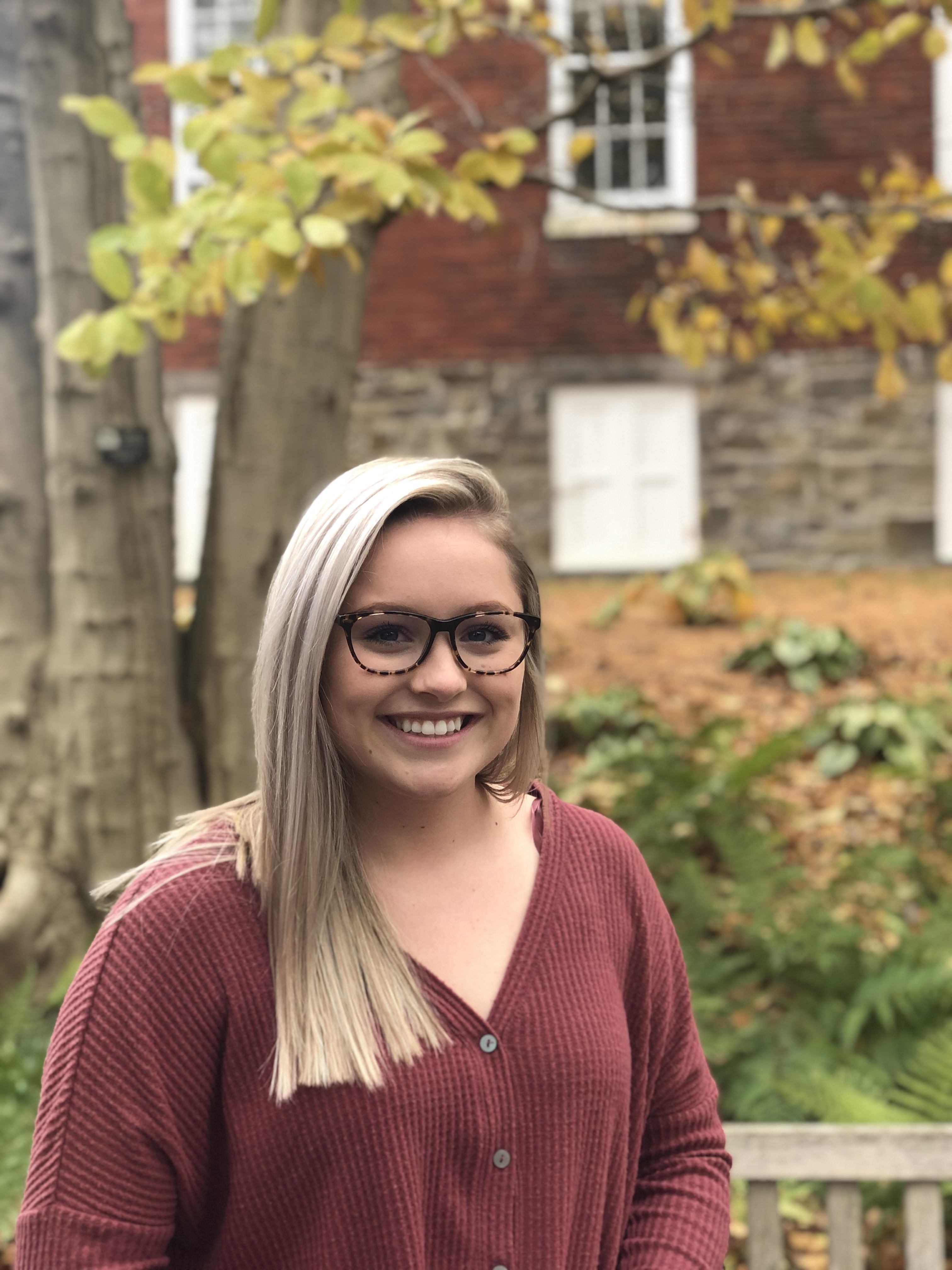 As a Kent County native, Carley Peet ’22 is no stranger to Washington College, where she recently decided to study Biochemistry and Molecular Biology. Carley has known for a while that graduate school for pharmacy is part of her future, but the undergraduate degree that will get her there– that has been a journey. 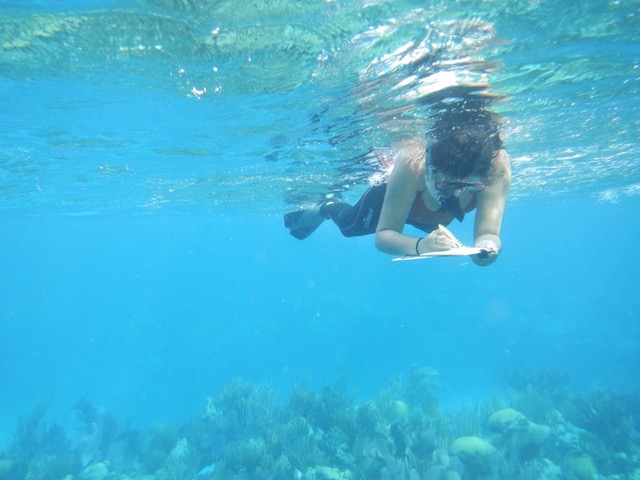 If a liberal arts education is defined by gaining broad experience across multiple topic areas and opportunities, Samina Soin-Voshell ’21 could be writing the definitive book at Washington College. A double major in biology and environmental science, she is also an active participant in theater, dance, and this past summer landed an REU (Research Experience for Undergraduates), fully funded by the National Science Foundation, at UMass Boston.